The unmistakable, warm smell of cinnamon effortlessly sets stomachs growling and mouths watering. As the signature flavor of Fall, cinnamon epitomizes cozy cold days and attracts the masses with its sweet and spicy aroma. Whether you pair it with apples, add some brown sugar, or sprinkle it onto a pastry, the versatile spice goes far beyond the classic apple turnovers and pumpkin pies. You may recognize it in cinnamon rolls, from the viral cinnamon challenge, or from my personal favorite, pumpkin donuts with cinnamon spice icing, but despite its wide usage, cinnamon’s history is far from common.

The tantalizing goodness of cinnamon is so beloved that it started wars, was used as currency, and was symbolically burned by the ancient Roman Emperor Nero as a sign of repentance for murdering his wife.

While I, as a self proclaimed cinnamon fanatic, can understand desperately and obsessively seeking cinnamon, it’s almost comical to think of the “tug of war,” “back and forth” wars fought over the coveted “cinnamon monopoly.” Originally native to Sri Lanka, true cinnamon, also known Cinnamomum Zaylanicum, has been used by humans for thousands of years. It can be traced back as early as 2,000 B.C. in Egypt as a perfuming agent in the embalming process, in Chinese writings in 2,800 B.C., and even in the Old Testament as an ingredient in anointing oil.

The Arabs originally transported cinnamon to Europe in limited and expensive supplies, making it a status symbol in European Middle Ages, as well as it being used by Medieval physicians for coughing and sore throats. Until the beginning of the 16th century, the Arabian “cinnamon monopoly” rested on keeping cinnamon and its origins a secret. But, as the middle class emerged, cinnamon and other luxury goods were in higher demand for purchase. This motivated European explorers to discover spice’s mysterious and elusive source. It wasn’t until around 1518 that Portuguese traders found cinnamon in Ceylon, present day Sri Lanka, and conquered it, enslaving the people and attaining control of the world’s cinnamon monopoly. Over the next few hundred years Ceylon and the cinnamon monopoly went from Portuguese control, to Dutch control, and then to British control. But by 1800 the “Game of Cinnamon” spell was broken with the discovery that it could easily be grown in other areas and was no longer considered the expensive and rare commodity it once was.

Rich in flavor and history, cinnamon is the backbone of spices, a true fan favorite to all walks of life and all chapters of history.

In Medieval France, cinnamon graced the noble elites’ tables in “cinnamon brewit,” a braised beef dish seasoned with (of course) cinnamon, roasted in red wine and beef stock, and served with thickened broth and almond sauce. Presently, cinnamon is found far more commonly and in food for every class. Just the other day, inspired by the coming holiday season, my roommates and I decided to celebrate the best way we know how: with cinnamon. Drawing on all our different backgrounds and holiday traditions, the three of us agreed cinnamon screams Fall and holiday spirit. We decided to make cinnamon snickerdoodle cobbler with vanilla ice cream and Hocus Pocus in the background. The cobbler melted in our mouths, living up to the warm smell it left in the air. And hey– it’s even speculated that just a whiff of cinnamon can improve brain function and memory! But let’s not get ahead of ourselves… I’m not saying that a third helping of cinnamon blueberry French toast is good for you. However it could mean that an extra sprinkle of cinnamon in your morning coffee or chai tea latte could help you out this finals season. 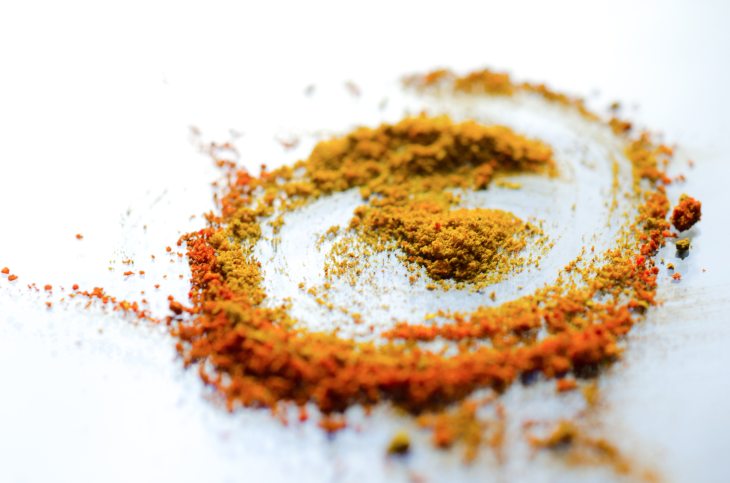 They say Breakfast is the most important meal of the day, so I guess we have an excuse to post another breakfast dish. Ancora Cafe in downtown Madison is the cutest place for delicious food and coffee. Not to mention their season specials should not be missed!!
As much as we love the usual pancakes and french toast for breakfast… there’s nothing like a refreshing açaí to start the day and Blended in Hilldale offers the best!! Go to hilldale and spend your summer day shopping after a refreshing açaí bowl!
Madison night market has us drooling. The best way to end the semester. We love supporting small businesses and finding new favorite local spots.