To me, fall is a season steeped in nostalgia. I grew up in Chapel Hill, North Carolina, where fall did not arrive until late November. The sweltering heat remained omnipresent long past the time when Buzzfeed had started publishing pumpkin spice rankings and fall-themed style guides. I remember more than one Thanksgiving spent playing outdoor volleyball in 70 degree temperatures while my community gathered around a potluck, known as the Friendship Feast. Due to climate and drought, our deciduous trees tended to turn from green to brown in the Piedmont with only a fleeting phase of flamboyant oranges to punctuate the transition.

I always felt an affinity for fall. It felt like the tipping point, bringing life into focus, causing me to come down from the headiness of summer’s humidity. It was calmer, yet equally vibrant. It signaled a time saturated with gatherings of friends and family and food, wholesome celebrations of harvests and the year coming to a close. 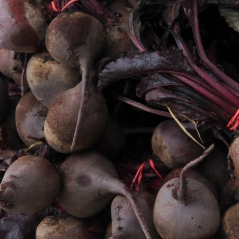 I packed these experiences among my inadequate winter clothes when I moved to Madison, Wisconsin for college. Looking back through my camera roll, I can see the true reverence for the colors I saw and felt compelled to photograph here. That feeling continues to this day as I watched the tree outside my kitchen window turn from green to orange to red and gold this fall.

Beginning unthinkably early—in September!—the weather began to turn and I craved soups and dishes with hearty depths of flavor that can at first seem so daunting to make. The secret? A good, simple recipe written by someone who knows their spices.

I first embarked upon this recipe on a below-freezing night last year. I was beginning to get tired of my typical thrown-together fare, so I sought out a recipe that would push me beyond my usual flavor profile of salt, pepper, chili lime seasoning, and soy sauce. Smitten Kitchen is a blog I had followed for a while, but whose recipes I had not actually cooked from in quite some time. Nevertheless, I knew a recipe from Deb Perelman would not disappoint on the spice front, so I made a grocery list and battled the cold to Trader Joe’s. Once I had everything in the pot an hour later, I knew the effort would be worth it.

This dish is everything I imagine a savory fall soup to be, imbued with textures, flavors, and colors galore. It is also fairly fast to make (under an hour) and gets richer over time, which makes it the epitome of good leftovers. 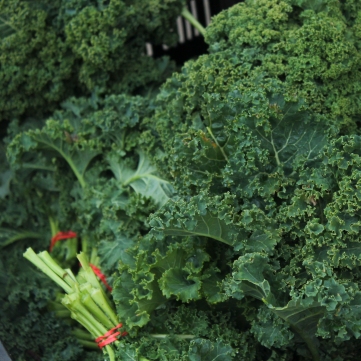 A few notes on the ingredients:

Heat the olive oil in a large pot on medium to medium-high heat. When hot, add the sausage, breaking it up with a wooden spoon until it starts to brown, about five minutes. Add the onion, celery, carrots, garlic, and a pinch of salt. Cook with the sausage until the vegetables soften a bit, another 5 minutes. Add the garbanzos, bay leaves, and tomatoes along with 6 cups of water and more salt and black pepper. Bring to a simmer and cook for 15 minutes. Add the chard and cook until the leaves are tender, just a few minutes more. Discard the bay leaves before serving.

I feel I would be remiss in speaking about fall without including the most earthy of all vegetables: beets. Every week when I walk around the farmers market square, there is one farmer selling five-pound buckets of beets tucked underneath their other produce. This past week, I caved.

Realizing the implications of this purchase, I immediately began searching for recipes. I eventually found a barley risotto with goat cheese and greens in Peter Berley’s Fresh Food Fast. This cookbook has particular significance to me because out of it emerged many meals at my high school best friend’s house. Their family swore by his vegetarian fare, subdivided by season and sprinkled with stunning photographs. Every time I cook from it I think of their dining room with its big glass windows and rubber plant and the dogs under foot.

The fact that the recipe called for golden beets rather than red ones seemed like no obstacle. I should have thought back to elementary school art and considered the result of mixing red and white, but I felt that was not consequential to my culinary process. I charged forward. Perhaps it would have been best to frame this recipe as a Halloween-themed dish, as the resulting color was violent. Nonetheless, the flavors are unique—the earthiness of the grain and beets blend well with the tartness of the goat cheese.

A few notes on the ingredients:

Bring 3 cups of water to a boil. In a large heavy-bottomed pot, warm the oil. Add the onion and salt and sauté until slightly translucent. Add the barley, ginger, and rosemary and sauté for another minute. Add the beets and the boiling water. Cover the pot and simmer for 25-30 minutes, until the beets are tender and the water has evaporated. Stir in the greens and goat cheese, cooking until the greens have wilted and the cheese has melted.

The aforementioned friend was with me at the farmers market last weekend. She laughed when I bought that stupendous quantity of beets, saying it was completely in character for me to do so. Reminiscing to the other friends we were with, people I had met in college, she recalled the time when I made a 3-course meal for my thirteenth birthday. Though neither of us could quite recall in what form they appeared, beets were definitely on the menu.

Fall is about the connection of past and present. It shows the yields we share now as a result of past labour. I see my friend and myself hiking through a sea of dying leaves on a Carolina-blue-skied day even as we trekked through a neighborhood to go to Trader Joe’s a week ago. She kept saying that Madison felt so much like Chapel Hill that she could barely believe it. I have felt the same over the years here. Despite the massive geographical distance, there is a sense in which I have carried my home inside me along the way. In fall, I embrace that feeling, leaning into the old memories of piney forests while making new ones in a city of maple trees. 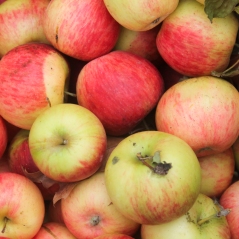