Looking for a new fall food to try this season? How about a classic that can be found hot and ready at just about any apple orchard? Apple cider doughnuts are the ultimate fall dessert, but they aren’t just a trendy seasonal dish to put on your Instagram story, they have a history that dates back far further than the pumpkin spice latte.

Apple cider doughnuts are cake donuts made from a mixture of buttermilk batter, nutmeg, cinnamon, and apple cider. They are then fried and coated with enough cinnamon sugar to satisfy any sweet tooth. The cider added to the batter makes the donuts especially moist, and adds an understated sweetness to the dessert.

It is hard to pin down when exactly apple cider doughnuts became a fall favorite, but the creation seems to be a product of the early American Colonies. In the days before refrigerators, falls were spent butchering meat, so that it could be preserved and stored through the winter. This resulted in a lot of leftover animal fat that the colonists put to good use. They used it to fry up dough mixed with apples from the recent harvest, and apple cider donuts were produced.

Apple cider doughnuts kept a low profile until the early 1950’s, when they were reintroduced by the Doughnut Corporation of America as a part of its annual campaign to increase fall sales. The apple cider doughnut has stood the test of time every since. Paired with a warm glass of apple cider for dipping, they are the perfect addition to any apple picking adventure. 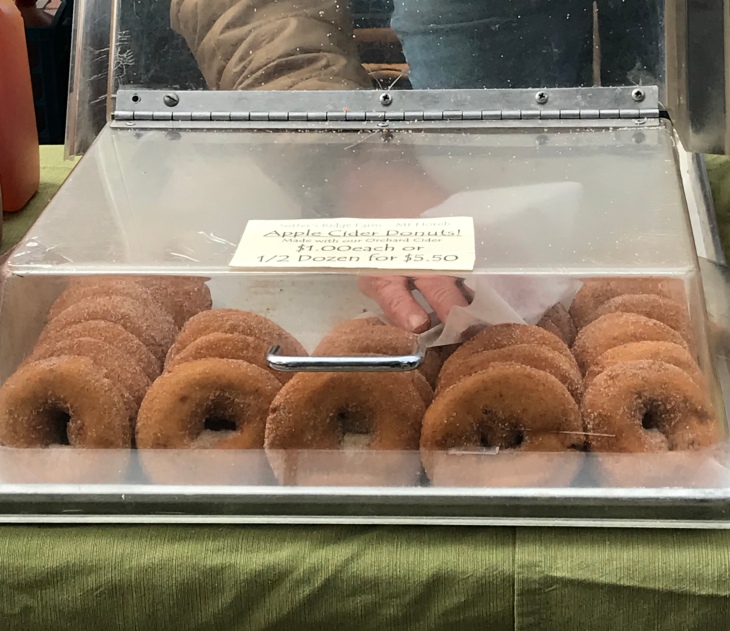 Everyday kitchen kills it again with their new menu! Experience unreal cuisine EVERYDAY (besides mondays.) The burger has the perfect crunch with the topped onion straws and the potatoes were cooked to perfection.
Speechless. Ha Long Bay did not disappoint 👏🏻 From the sesame chicken to the dumplings, we left in awe.
A Madison staple, Sushi Express is known by everyone. Great quality and even better service!!